Jenn Robertson was a Canadian comedic actress best known for for playing Jocelyn Schitt on the sitcom "Schitt's Creek" (CBC, 2015-). Robertson was born into a comedic family: her father, Bob Robertson, was a renowned satirical writer and one half of the comedy duo Double Exposure, alongside Jenn's step-mother, Linda Cullen. After years of small roles on Canadian TV, Robertson made her U.S. TV debut in the Disney Channel made-for-TV movie "Twitches" (Disney Channel, 2005). She soon went on to appear in two more made-for-TV movies, "Knights of the South Bronx" (A&E, 2005), and "Relative Chaos" (ABC Family, 2006), before making an appearance on an episode of the highly popular tween comedy "Hannah Montana" (Disney Channel, 2006-2011). Robertson hit a minor snag when she co-starred as anchorwoman Jennifer Lange on "The 1/2 Hour News Hour" (Fox News, 2007), which was intended to be a satirical right-wing counterpart to "The Daily Show" (Comedy Central, 1996-), but was universally loathed by critics and cancelled after a single season. She bounced back, however, by returning to her native Canada and landing a role on the popular teen sitcom "Wingin' It" (Family Channel, 2010-2012). Around this time, Robertson also scored a recurring role on one of Canada's most popular TV shows ever, the high school drama "Degrassi: The Next Generation" (CTV, 2001-2015). Moving from scripted TV to reality TV, Robertson hosted the last two seasons of the competition series "Canada's Handyman Challenge" (HGTV, 2012-2014). In 2015, Robertson scored her biggest role yet, when she was cast as Jocelyn Schitt, wife of Chris Elliott's Roland Schitt, the mayor of the titular town in Eugene Levy's acclaimed "riches to rags" sitcom "Schitt's Creek" (CBC, 2015-). (Source: www.rottentomatoes.com)

Jennifer Robertson is Professor of Anthropology and the History of Art at the University of Michigan, Ann Arbor. She has non-budgeted appointments as Professor of Art & Design and Professor of Women's Studies, and is a faculty associate in the Anthropology/History Program. Robertson is a former director and member of the Center for Japanese Studies, and an associate in the Science, Society and Technology Program, Center for Middle Eastern and North African Studies, and Center for South Asian Studies. She is also on the faculty of the Robotics Institute. (Source: lsa.umich.edu) 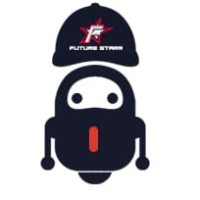