As a child, Dylan Schmid was the jokester of the family with his ability to be dramatic and humorous in expression and movement. Born on the 2nd of September 1997, Dylan was soon discovered by a casting agency and began performing on TV at the age of 6. At age 8, he filmed his first short film and by the age of 12, he was acting in major TV shows and was soon off to Los Angeles to pursue his passion full time.

The son of Sherri and Todd R. Schmid, he has an older brother, "TJ" Todd Jr. He began acting when he was six years old, appearing in two student shorts. Soon after, in October, Schmid was cast in a silent supporting lead role with the Pacific Opera Society in a play called

Dylan Schmid's performances have been described as affirming, intense and precise. Born in Victoria B.C., Dylan was showing these attributes at a young age. By the age of 6, after being told by his mother that movies are not, in fact, real life, Dylan begged his mother to submit him for an audition through a local newspaper. After being told by the casting executives that he needed experience to book the part, Dylan immersed himself in acting classes for a following 8 years afterwards. With an inherent and unstoppable growing love for the art, Dylan officially began pursuing his dream. His first "break" came when landing the role of young "Baelfire" opposite Robert Carlyle in ABC's long running hit series "Once Upon A Time". Since then he has secured roles in Fox's FRINGE, The Hubs' R.L. STINE'S THE HAUNTING HOUR, and Freeform's BEYOND, etc... Most notably he starred as a series regular on Hulu's SHUT EYE for two seasons and most recently starred opposite Thomas Jane in Netflix's adaptation of the Stephen King novella 1922. Next up, Dylan will be seen on Netflix's SNOWPIERCER - an adaptation of Bong Joon-ho's 2013 hit film. Additionally, Dylan is in the process of finishing his own short film he stars in, wrote, and co-directed . (Source: www.amazon.com) 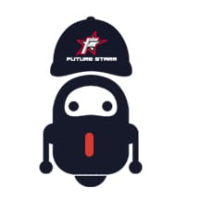