Damon Kyle Wayans Jr. (born November 18, 1982) is an American actor and comedian most widely known for starring as Brad Williams in the ABC sitcom Happy Endings, for which he was nominated for the Critics' Choice Television Award for Best Supporting Actor in a Comedy Series in 2012, and as Coach in the Fox sitcom New Girl. In 2014, he starred in the comedy film Let's Be Cops, and provided the voice of Wasabi in Big Hero 6.

Who Is Damon Wayans Jr.?

Damon Kyle Wayans Jr. is an American actor, comedian, and writer, best recognised for his roles in television series ‘Happy Endings’ and ‘New Girl.’ Coming from the noted ‘Wayans Family’ and being the son of American stand-up comedian, actor, producer, and writer Damon Wayans, Wayans Jr. forayed into acting as a child. He made his film debut in his father’s superhero comedy-parody film ‘Blankman.’ He featured in and also served as staff writer in the sitcom ‘My Wife and Kids.’ He appeared in the musical comedy film ‘Dance Flick’ and in the sketch comedy TV series ‘The Underground.' Moving on, he gained widespread recognition and acclaim for portraying the role of ‘Brad Williams’ in the ABC sitcom series ‘Happy Endings.’ The ‘Fox’ aired sitcom ‘New Girl’ brought him more accolades. His other notable roles have come in the TV series ‘Happy Together’ and ‘The Truth About The Harry Quebert Affair’; and in films ‘Let's Be Cops’ and ‘Big Hero 6’

Damon Wayans Jr is an American actor, comedian and writer. Widely known for as his the character of character Coach on New Girl on Fox and before that as Brad Williams in the ABC sitcom Happy Endings for which he was nominated for the Critics' Choice Award for Best Supporting Actor.

Damon starred opposite Jake Johnson in FOX’s action-comedy LET’S BE COPS, which to date has grossed over $138 million worldwide. Other credits include HOW TO BE SINGLE opposite Dakota Johnson, Rebel Wilson, and Alison Brie and Adam McKay’s THE OTHER GUYS opposite Will Ferrell and Mark Wahlberg. (Source: www.carolines.com)

Damon Wayans, Jr. was born into comedy. The son of funnyman Damon Wayans and nephew of "In Living Color" (Fox, 1990-94) and the "Scary Movie" (2000) franchise creator Keenen Ivory Wayans, as well as movie stars Sean the actor made his feature film debut in 2009's "Dance Flick," a film that skewered the teen dance movie genre. Aside from acting, Wayans also made a name for himself as a successful television writer and stand-up comic in the time-honored tradition of several members of his famous family. Wayans, Jr. ultimately wrestled out from underneath this considerable shadow with his star-making turn on the quirky hit sitcom, "Happy Endings" (ABC, 2011-13), where he proved the apple did not fall far from the tree when it came to scene-stealing and making people laugh. 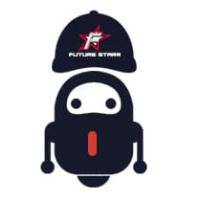