A signature song on par with "Family Tradition," "A Country Boy Can Survive" stands out beyond its celebration of redneck boys raised on fishing with trotline and heeding the preacher man's end-time warnings. That slow-building guitar work revs up as the story hits full stride, with such surviving Nashville Cats as pianist "Pig" Robbins working his usual magic and Memphis guitar legend Reggie Young playing sitar. With these elements, Williams and producer Jimmy Bowen crafted a fast-driving version of modern country music that remained unmatched until Garth Brooks rolled out "Rodeo."

If Broadway nights are so inherently dangerous compared to what happens beneath the Western skies, then how are the country folks the survivors in this scenario? The survivor element seems to have less to do with dodging danger and everything to do with a conscious resistance to change. Beyond cherishing his 4-wheel drive pickup truck and proudly chewing Beech-Nut, it's a sense of stubbornness that defines our narrator. As the song goes: "And we say grace, and we say, ma'am. And if you ain't into that we don't give a damn." We like who we are, and you can't make us change!

Church (along with Alan Jackson and Shooter Jennings) was on hand to perform in tribute to the new inductee, and he opted to give his version of one of Williams Jr.'s signature songs, "A Country Boy Can Survive." Sitting on a stool and accompanied by only his acoustic guitar, Church's performance relied on expressive delivery over stage theatrics to convey the song's emotional resonance.

The country legend wrote "A Country Boy Can Survive" solo, and it was a hit single, peaking inside the Billboard Hot Country Singles chart's Top 5. It's since been covered extensively, including by Church. "A Country Boy Can Survive" is a staple of Church's live set, and his version appears on the 2017 Record Store Day vinyl edition of his Caught in the Act live album.

More than once in recent weeks I’ve heard someone say “... a country boy can survive”, referring to the anthem by the same name as recorded by that redneck royalty Hank Williams Jr. The second verse of the song goes, “I live back in the woods you see, the woman and the kids and the dogs and me. I got a shotgun, a rifle and a 4-wheel drive, and a country boy can survive. Country folks can survive.”

“A Country Boy Can Survive” became a trademark anthem for Hank Williams Jr. It is perhaps more well-known these days even more, although it never peaked at #1. It was penned by the singer himself and was released in January 1982 as a single with the production of Jimmy Bowen.

One of Hank Williams Jr.’s most iconic songs is “A Country Boy Can Survive.” Even though the song only reached number two on the Billboard Top Country Singles chart, it is arguably more popular now more than ever. 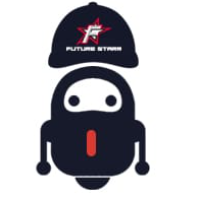