Bryan A. Brown is a professor of teacher education. His research interest explores the relationship between student identity, discourse, classroom culture, and academic achievement in science education. He focuses on the social connotations and cultural politics of science discourse in small-group and whole-group interaction. Additionally, his research work in science education examines how teacher and student discourse serve to shape learning opportunities for students in science classrooms.

He produced and starred in Twisted Tales (1996) which led to an anthology TV series. He played Ned Land in the 1997 mini-series 20,000 Leagues Under the Sea with Michael Caine, then did a TV film for Ken Russell, Dogboys (1998) and a thriller On the Border (1998). In 1999 Brown starred in the romantic comedy Dear Claudia and had a support role in Two Hands (1999) with Heath Ledger and Rose Byrne.

I’ve been a surfer since about 15, I think. I grew up in Panania near Bankstown [in south-western Sydney]. And I used to have to get the first train to Beverly Hills at about 5.20 in the morning and then hitch from Beverly Hills to Cronulla. At that time – we’re talking ’62 – you only wanted to be at the beach. It was too cool. All the music was happening, all the surfing was new, and it was just the best.

I am always keen to supervise new research projects in my areas of specialty (theatre laboratory, Russian theatre, performer training), and particularly invite proposals for practice research that expands understandings of training for performance and/or ensemble/collective creation processes. I would also welcome historical projects on pedagogies for performance training or projects focused on training places, such as Dartington, the Eugene O'Neill Theater Center, Hellarau, Institute of Applied Theatre Studies Geissen, Lecoq, Black Mountain College, etc. Interested applicants might wish to send me a 500-1000 word outline and CV as a starting point for discussion. (Source: humanities.exeter.ac.uk) 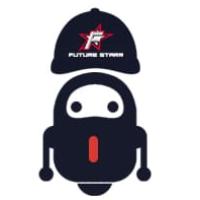