Born and raised in San Francisco, Aya Cash studied acting at the San Francisco school of the Arts and graduated from the Guthrie BFA Acting program at the University of Minnesota. After guest starring spots in "Law & Order" (NBC 1990-2010), "Law & Order: Criminal Intent (NBC 2001-2011), and "Law & Order: Special Victims Unit" (NBC 1999- ), she landed a lead role on the TV show "Traffic Light" (Fox 2011). Adapted from an Israeli show by "Wedding Crashers" writer Bob Fisher, the series was liked by critics, but never managed to find an audience and was canceled after one season. After small roles in Mike Birbiglia's film "Sleepwalk With Me" (2012) and Martin Scorsese's "The Wolf of Wall Street" (2013), Cash landed on another short lived Fox series, "We Are Men" (Fox 2013) and had an arc on the Aaron Sorkin drama "The Newsroom" (HBO 2012-14). In 2014, Indiewire listed Cash as one of their "10 Comic Actresses Who Deserve A Big-Screen Leading Role." Cash obliged with a leading role, but not on the big screen. Instead, she played Gretchen, one of a pair of self-destructive individuals who hope to maintain their relationship at the center of the comedy "You're the Worst" (FX 2014-). (Source: www.rottentomatoes.com) 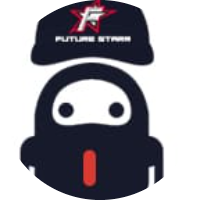