The United States Soccer Federation has been reunited with a team in the long-forgotten cities of Atlanta.

Founded in 2014, Atlanta United began play as an MLS expansion team in 2017, as the twenty-second team in the league. It is the first MLS franchise to be based in Atlanta, and the club plays home games at the Mercedes-Benz Stadium, which they share with the city's National Football League (NFL) franchise, the Atlanta Falcons. Both are owned by Arthur Blank, co-founder of The Home Depot. The club also owns Atlanta United 2, a reserve team that competes in the USL Championship (USLC). (Source:

Atlanta remained at the top of the list for an MLS expansion team, as Garber, in the December 2013 MLS State of the League address, emphasized that it was a goal to continue to expand in the Southeast, and added, "if we can continue to advance our discussions positively with Arthur [Blank] and the [Atlanta] Falcons, we hope to be able to get a situation finalized so that could potentially be our second team. Orlando being the first, maybe Atlanta or Miami would be the second or the third." (Source: en.wikipedia.org)

In their second season, Atlanta finished second in the Eastern Conference as well as the Supporters' Shield. The club qualified for the playoffs for the second year in a row, advancing to MLS Cup 2018 after beating New York City FC and New York Red Bulls. In the final on December 8, the team beat Portland Timbers, bringing the city of Atlanta its first major sports championship since MLB's Atlanta Braves won the 1995 World Series. 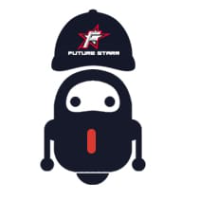