In 1963, The Saturday Evening Post magazine reported that Alabama coach Paul "Bear" Bryant and Georgia athletic director and former coach Wally Butts had conspired to fix the 1962 game, which Alabama won 35–0. After the story broke, Butts resigned as athletic director, though Butts and Bryant denied the allegations. The two sued the magazine's publisher for libel, and the case reached the United States Supreme Court as Curtis Publishing Co. v. Butts (1967). The Supreme Court ruled in favor of Butts, with the publisher eventually being ordered to pay more than $3 million in damages. The lawsuit has been credited with leading to the end of the magazine. (Source: en.wikipedia.org)

Passing Offense: Lambert had his worst game as a Bulldog on Saturday. He never got into a rhythm, was inaccurate (10-of-24) and could not handle the weather. Ramsey was just as bad, as he only completed one of his six passes and threw two interceptions. This is a huge concern moving forward because the coaches have to decide who to go with at quarterback as the Bulldogs try to get things right for the rest of the season.

Both teams met in the 2020 regular season in Tuscaloosa, Alabama, and was a highly anticipated game of the season, with both teams ranked in the top three. It was the first meeting in Tuscaloosa since 2007, and the first in a regular season since 2015 which Alabama won 38–10. The game was back and forth throughout the first half with the score 24–20, Georgia, at halftime. By the second half, Alabama outscored Georgia with 21 unanswered points, and took a 41–24 victory.

Alabama hosted Georgia Southern today, and they looked particularly dreadful. They gave up a season-high amount of yards, struggled against an undersized defense and officially have no argument as to why they should be ahead of Oregon. 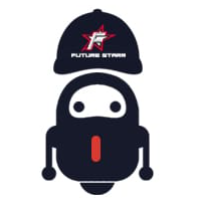