He is one of the richest people in the world. This must make him very happy. And yet, he smiles a lot less than he used to. That’s not because he's sad. It's because he lost his fortune. His smile is forced, because he knows he used to be happy. He used to make other people happy.

Like the book series, Lemony Snicket's A Series of Unfortunate Events follows the misadventures of the three Baudelaire children, Violet, Klaus, and Sunny, following the deaths of their parents in the destruction of their home. While the children are shuffled between various foster homes, they are pursued by Count Olaf who desires to gain control of the vast Baudelaire inheritance before the children come of age. Along the way, the Baudelaires discover their parents' connections to an elusive secret society.

One of the key changes that Sonnenfeld and Handler wanted for the series was to make Lemony Snicket a more visible character narrating on adventures of the Baudelaires children from their relative future, allowing him to be in scenes without actually being part of the events. Casting Patrick Warburton for Lemony was Handler's idea, despite Sonnenfeld having worked with Warburton in several previous productions. Handler felt Warburton was an actor that can deliver comedic lines without being too obvious about it, as well as bringing the emotional breadth that the character needed to show. Warburton's casting was confirmed by March 2016. (Source: en.wikipedia.org)

When a mysterious fire destroys their home and kills their parents, the Baudelaire children, Violet, Klaus and Sunny, are placed in the care of their distant 'relative' Count Olaf, an actor who is determined to claim the family fortune for himself. Following Olaf's failed attempt and his plot being exposed, the Baudelaires are placed in the custody of a series of inept or unsympathetic guardians, as they try to elude Olaf and his followers and uncover the mystery behind a secret society from their parents' past. The mysterious and melancholic narrator Lemony Snicket explicates the Baudelaires' adventures for the audience. 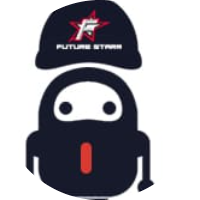