The Best Black Standup Comedians shows to watch on Netflix. Best Comedy Shows For you to Watch

Remember the time when you rushed to the store to buy a DVD for your favorite comedy show?

Technology has arrived and times got changed, now you don’t have to buy tickets or bought DVDs to watch your favorite good Comedy show.  You can now easily stream up your brain from directing yourself to the internet.  Netflix has got an impressive collection of standup specials for you. We have compiled up a good list of all the Black comedians' standup comedy shows. We are featuring you some of the best black female comedians and black Male comedians' efforts.

Tiffany, a black Comedians, came from a humble beginning, and she never felt shy while mentioning it. She used to live in a car, now her life is changed by luck and she has become a star now She was cast as a regular T.V. series "The Last O.G." in her recent Netflix special.

Leslie Jones become famous in 2014 when she joined the cast of Saturday Night Live. Although she has dealt with negativity and controversies throughout her career, she chooses to glow up by throwing all the hatchet away.  She appeared in the film "Trainwreck and Ghostbuster."

She has been given a chance to perform in a Netflix Special time Machine, which was recently released in January 2020—performing standup. She riddles the audience with a bundle of laughs.

Some comedians are born to write, or can we say Writers become comedians. It's the same thing that happened to Wanda Sykes. She got her first professional start with Chris Rock as a writer for The Chris Rock Show. Recently. The comedian writer has done her own Netflix Series Not Normal.

She conveys her jokes by some hard Topics like Politics, racism, and more.

You must have known this great black comedian Richard Pryor. The best comedian  who has done tons of Standup specials ranging from Live&smokin’to..is it something Is said?

Catch up this late comedian on Netflix. Watch his 1979 special Live in Concert on Netflix. He has done many films with his great buddy Gene Wilder.

Truly a jack of All trades, Martin Lawrence is one of the most iconic Black Comedian.  He has done a ton of movies. He is known as the black comedian in movies. In Netflix’s Runteldat, Martin shares stories of his rise to fame. Grab some popcorns and drink and laugh because Netflix is all about Netflix and Chill.

During the 1980 and 1990s, Eddie Murphy was one of the famous comedians. This black comedian performed stand up before began transitioning to film. Netflix knew that this gem is going to rock this world with lots of laughter, so Netflix has this Special standup with Eddie Murphy Delirious. He won Grammy Awards for Best Comedy album back in 1984.

Which is your favorite standup comedy shows at Netflix? What would you recommend let us know in the comment section below! Don't forget to laugh louder. 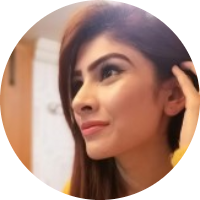