Caleb Jones, in his 20s, is in his second year in Moscow after attending college in New York. As a fellow in the "Foreign Service," he is in charge of the Legations, but he also does studio art, performance, and design work. This interview took place in February 2018.

Caleb Landry Jones (born December 7, 1989) is an American actor and musician, known for his roles as Banshee in X-Men: First Class, Jeremy Armitage in Get Out, Red Welby in Three Billboards Outside Ebbing, Missouri, Ty Carter in The Outpost, and Martin Bryant in Nitram.

Jones has continued to appear in supporting roles in both independent and mainstream films. In 2017, he appeared in American Made, The Florida Project, Get Out, and Three Billboards Outside Ebbing, Missouri. The latter three films received nominations at the 90th Academy Awards; the latter two were both nominated for Best Picture. In 2021, he starred as Australian mass-murderer Martin Bryant in Justin Kurzel's Nitram, which earned Jones the Cannes Film Festival Award for Best Actor.

Caleb Landry Jones lent his androgynous good looks and danger-tinged charisma to the likes of both big budget superhero blockbusters and prestigious art house experiments. Born on December 7, 1989 in Garland, TX, Jones grew up in the nearby city of Richardson. From a young age, he began appearing in local productions, making his film debut in the Coen Brothers' Oscar winning southern noir, "No Country for Old Men" (2007), before taking cameo roles in "Superbad" (2007) and "The Longshots" (2008). That same year, Jones landed his first TV role with an arc on the acclaimed high school football drama "Friday Night Lights" (NBC, 2006-2011). Following this, Jones decided to move to Los Angeles and pursue acting seriously. After making appearances on "Breaking Bad" (AMC, 2008-2013) and "Victorious" (Nickelodeon, 2010-13), Jones was cast in his biggest role yet, playing Sean "Banshee" Cassidy in the superhero reboot "X-Men: First Class" (2011). Jones continued to appear in a wide array of movies, including Neil Jordan's romantic drama "Byzantium" (2012), Philip Seymour Hoffman's mob drama "God's Pocket" (2014), and Josh and Bennie Safdie's heroin addiction saga "Heaven Knows What" (2014). However, Jones's best professional year by far proved to be 2017, during which he appeared in a number of highly prestigious and successful projects, including Jordan Peele's satirical horror thriller "Get Out" (2017), Sean Baker's humanist dramedy "The Florida Project" (2017), Doug Liman's Tom Cruise-starring drug trade saga "American Made" (2017), and Martin Mcdonough's pitch-black crime comedy "Three Billboards Outside Ebbing, Missouri" (2017), plus a four-episode arc on David Lynch and Mark Frost's highly acclaimed reboot "Twin Peaks: The Return" (Showtime, 2017-). (Source: www.rottentomatoes.com) 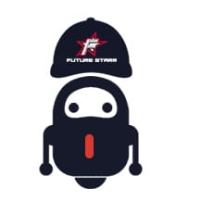