The Williams Fork Fire was first reported on Aug. 14 at approximately noon and the cause is still under investigation. The origination point was 15 miles southwest of Fraser, Colo. in the Arapaho National Forest. The fire grew in size to 6,122 acres by the end of August 16th, and became a threat to the communities of Fraser and Winter Park. (Source: inciweb.nwcg.gov)

Over the next two months, the daily fire spread was limited to between 1 and 561 acres and the fire reached it’s current size of 14,833 acres on October 27th and was declared controlled after an infrared flight Nov. 30 detected no remaining heat in the fire area. (Source: inciweb.nwcg.gov)

Crews are working to keep the fire east of County Road 30 and south of Keyser Creek Drainage. They are using the burn area from the 2018 Sugarloaf fire to contain the fire to the Byers Peak area. (Source: www.summitdaily.com)

www.9news.com)Those without photos but who have information to share can call 307-745-2392 and select option 5. Callers are asked to leave their name and call back number so law enforcement can contact them for follow up. (Source:

In an evening update on Facebook live Saturday, Incident Commander Ed LeBlanc said that the fire is burning in the Williams Fork drainage. Firefighters have not been engaged into that area due to safety concerns. (Source: www.summitdaily.com)

The fuels consisted of heavy dead and down beetle killed lodgepole pine and during the first week low relativity humidity of around 10 to 30 percent contributed to fire growth and behavior. After the initial three-day fire growth, the peak fire spread occurred on Aug. 20 reached 1,977 acres with a total size of 9,444. (Source: inciweb.nwcg.gov)

Public Information Officer Schelly Olson said that the community can support firefighters through thank you signs or cards, along with donations to any of the five fire districts in Grand County. (Source: www.summitdaily.com) 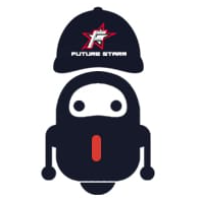