Up to 10 Famous Books to Read

Up to 10 Famous Books to Read

Reading books is one of the best hobbies one can practice. Books are together a package of, words showing different themes, characters, experiences, emotions, and perspectives that take a reader into a different world.

Books are of different genres. The best is classics, romance, and thrillers. some like adventures and action, some mystery and suspense, some fantasy books and some go for fictions. Most of the time horrors come under best books list as well.

So, here we are with list of top 10 books one must read it at least once.

1) To Kill a Mockingbird

The Prize-winning novel, To Kill a Mockingbird is one of the best classical novels to read. It is written by the American author Harper Lee. And was first published in 1960.

Whoever has read this book, will enter to their favorites list. This book's main theme involves racial discrimination and the destruction of innocence. Right from the published times, this has become a successful work.

In the US, it has been read in middle schools and high schools. Harper lee has achieved Pulitzer Prize and many other awards. This book is available on Amazon and many other sites.

Jane Eyre is a novel written by Charlotte Bronte, an English writer, with a pen name as 'Currer Bell'. It was published on the 16th of October 1847.

This book tells the story about Jane Eyre, a small, plane-faced, intelligent, and honest English orphan, and her struggles with life. With numerous obstacles she faces and her love of life getting married, indeed makes her character strong with endurance for facing life's cruelty on her.

One would suggest reading this book to others if read once, as it is one of the best-lived novels by all.

The Great Gatsby, a 1925 novel, is written by the American writer F. Scott Fitzgerald. This story is about Jay, who fulfilled his American dream and becoming a wealthy and successful person from a poor farm boy. This is one of the best-selling books of the 20th century.

It makes readers more interested because F Scott Fitzgerald has made a storyline where in the end though gaining richness, great Gatsby does not actually feel satisfied with life. This book is also available in many stores and online.

Wuthering height is a novel written by Emily Bronte under the name Ellis Bell, was published in 1847. this novel is influenced by Romanticism and Gothic fiction.

It describes the story of a mysterious gypsy-like person Heathcliff, a young man, who was raised in an adopted family and then he is spending his life as a servant, and when the love of his life decides to marry another person, he runs away.

5) The Catcher in The Rye

The catcher in the Rye is a novel by J.D. Salinger, published in 1951. This novel is loved by all from adults to youngsters because the story depicts a 16-year-old boy Holden Caulfield.

This novel is two days the detailed story of a man called Holden Caulfield after he gets expelled from prep school and about the great depression he faced.

This is one of the greatest literary works of J.D. Salinger, of all the time, it was during the change of course of post-World War ii writings.

Catch 22 is written by Joseph Heller, an American author, and was first published in 1961.

it is a satirical war novel and is one of the most significant novels of the 20th century. It was based on a World War II bomber and his frustrations with things around him.

7) The Lord of Rings

The Lord of Rings is a novel written by English author and scholar J. R. R. Tolkien. It is an epic and high-fantasy novel. This wonderful novel is one of the best-selling books.

The story beginning from the sequel of The Hobbit, sets in middle-earth, some distant time past turning into some great work.

This Romantic novel Pride and Prejudice is written by Jane Austen in 1813. It is one of the most popular and topped in the list of most loved books in English literature.

This novel tells the story of protagonist Elizabeth Bennet a young girl, daughter of a country gentleman and her family with four more sisters, a mother always waiting for proposals for her daughter's marriage, and a loving and supportive father. And when and how Mr. Darcy, a rich landowner, entering their life and about the judgments Elizabeth does which turns to be wrong and beginning of pure love can be seen between them. This is indeed a wonderful novel to read.

It is a novel by a Russian author Leo Tolstoy. Anna Karenina was first published in the year 1878. Not only we readers but it is one of the greatest works of literature by many writers.

Here, this novel, tells the story of a wonderful, gorgeous, and adorable character Anna. Who tries to make Vronsky jealous of whom she had an affair with? This novel somewhat tells us that true love does exist. And is an interesting and great book to read with its tragedy and happiness both surpassing each other.

This novel, by English novelist George Orwell, is a social science dystopian fiction. It was published on June 8th, 1949. This is also one of the greatest books of the 20th century.

George Orwell, being a democratic socialist, modeled the government in the novel that centers on the consequences of many social factors and behaviors within the society.

Some of the best authors and novelist with great novels and books one must read:

William Shakespeare another great writer of all the times with his incredible work and novel, a gift to literature. His works such as Hamlet, Macbeth, and much more work of literature will everlasting known by all.

And novel of Fyodor Dostoevsky, and novel written by William Faulkner, Mark Twain, Huckleberry Finn, Thomas Mann, Toni Morrison, Charles, and many more well-known and famous authors have given one of the greatest books of all time. 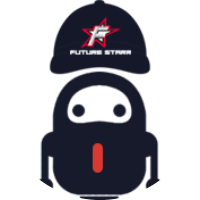