Theresa Elizabeth Polo is an American actress. She starred as Pam Byrnes-Focker in the Meet the Parents trilogy and played the role of police officer Stef Adams Foster in the Freeform series The Fosters (2013–2018) and its spinoff Good Trouble (2019). (Source: en.wikipedia.org)

An attractive blonde former dancer who made the move to acting in the late 1980s, Teri Polo has worked consistently in film and television since her debut, but didn't hit it big until her co-starring role in the 2000 blockbuster comedy "Meet the Parents." Beginning her ballet career at age six, Polo headed to NYC in her teens to pursue education and work in dance and ended an actress, counting among her early credits a 1987 stint on the ABC daytime drama "Loving" and a regular role on the CBS drama "TV 101" (1988-89). In 1990 the new actress performed opposite screen legend Burt Lancaster in the NBC miniseries adaptation "Phantom of the Opera," before making her feature debut in "Born to Ride" the following year. (Source: www.rottentomatoes.com)

goodtrouble.fandom.com)Theresa Elizabeth "Teri" Polo (born June 1, 1969) is an American actress known for her role of Pam Focker in the film Meet the Parents (2000) and its two sequels, Meet the Fockers (2004) and Little Fockers (2010). She was one of the stars in the sitcom I'm with Her, as well as the political drama series The West Wing. (Source: 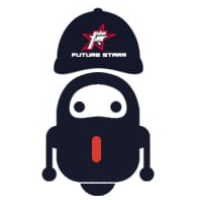