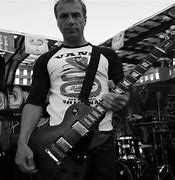 Paul Alexander of Customer.io is a key figure in the B2B publishing industry. It is the reason I recently struck up a conversation with him at Pubcon Las Vegas. He’s sure that content marketing will soon become the industry standard, and he has seen a more than 500% increase in conversion rates since he started using content marketing in 2009.

One day in July, in a quiet Dallas suburb, a six-year-old boy named Paul Alexander was playing outside in the summer rain. He didn’t feel well – his neck hurt, his head pounded. Leaving his muddy shoes in the yard, he walked barefoot into the kitchen, letting the screen door slam behind him. When his mother looked up at his feverish face, she gasped. She made him run out and grab his shoes, then ordered him to bed.

Sullivan made a deal with her patient. If he could frog-breathe without the iron lung for three minutes, she’d give him a puppy. It took Paul a year to learn to do it, but he got his puppy; he called her Ginger. And though he had to think about every breath, he got better at it. Once he could breathe reliably for long enough, he could get out of the lung for short periods of time, first out on the porch, and then into the yard. (Source: www.theguardian.com)

Polio existed in isolated outbreaks around the world for millennia, but it didn’t become epidemic until the 20th century – helped, ironically, by improvements in sanitation. Poliovirus enters the body through the mouth, via food or water, or unwashed hands, contaminated with infected faecal matter. Until the 19th century, almost all children would have come in contact with poliovirus before the age of one, while they still enjoyed protection from maternal antibodies transferred from mother to baby during pregnancy. However, as sanitation improved, children were less likely to come into contact with poliovirus as babies; when they encountered it as older children, their immune systems were unprepared.

Paul’s health has always been precarious, but it has declined in the past few years. When I first met him in May 2019, he was a long-term inpatient at Clements Hospital in north Dallas. More than four months earlier, he had developed a persistent respiratory infection, which had sent him to hospital. He also suffers pain in his legs every time he is moved. He had hoped the doctors could help him manage that pain, but, he told me, “It’s not about to go away,” looking up from a pillow on a wide board attached to one end of the lung. His voice is slow, raspy and sometimes punctuated by gasps. Hearing Paul over the machine’s constant sighs requires the listener to focus on him and tune out the lung; accordingly, he is used to being listened to. (Source: www.theguardian.com)