was a Japanese-American actor and comedian. He was known for his roles as Matsuo "Arnold" Takahashi on Happy Days, Mr. Miyagi in The Karate Kid film series, Captain Sam Pak on the sitcom M*A*S*H, Ah Chew in Sanford and Son, Mike Woo in The Mystery Files of Shelby Woo, and The Emperor of China in Mulan and Mulan II. He was the series lead actor in the television program Mr. T and Tina and in Ohara, a police-themed drama. The two shows made history for being among the few TV shows with an Asian American series lead. (Source: en.wikipedia.org)

The Tragic Real-Life Story of the Actor Who Played Mr. Miyagi

Mr. Miyagi, the kind and beloved sensei of The Karate Kid, is one of the most legendary characters of the 1980s. Even though The Karate Kid isn't always viewed as a true "martial arts" movie, few can deny its cultural impact or longevity – and a big part of the film's success is due to Mr. Miyagi. Few characters from that era are as inseparable from their actors as Mr. Miyagi is from actor Pat Morita. (Source: www.looper.com)

Noriyuki "Pat" Morita, 1932-2005. He had a long and varied career, but I remember him best from M*A*S*H, Sanford & Son, and Happy Days. Of course, he is most famous for playing Mr. Miyagi in The Karate Kid films. (Charcoal drawing by NMEZero via Deviant Art)

ca.news.yahoo.com)Former Dartmouth Doctor Pleads Not Guilty to SexualA former Dartmouth, N.S., doctor has pleaded not guilty to a charge of sexual assault and will go to trial next August. The lawyer for Graeme Bethune appeared by telephone in Nova Scotia Supreme Court Thursday morning to enter the not guilty plea and select trial dates. Bethune had initially asked for a jury trial and the earliest available dates for that were in April 2023. Re-electing to a judge-alone trial meant the trial would be shorter and could be scheduled sooner. A former patient accuse (Source: Assault of Patient 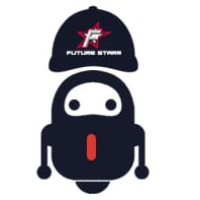