Before she became a household name, Jayma Mays' biggest screen credit was playing the love interest to Kevin James' slapstick security guard in the comedy "Paul Blart: Mall Cop" (2009). While their sweet onscreen chemistry helped make the film a box-office success, it paled in comparison to the buzz that surrounded Mays' most talked-about project, "Glee" (Fox, 2009-15). The musical comedy series follows a ragtag group of glee club members trying to survive high school and navigate amongst the faculty members who either love or loathe them. On the feel-good series, Mays played the school's kindhearted, germaphobic guidance counselor, Emma Pillsbury. As the calm soul at the center of the program's show-stopping musical numbers, John Hughes-esque teen angst, and romantic tension, Mays quickly vaulted from hardworking supporting player to endearing primetime leading lady. During that series' later seasons, Mays also co-starred in Will Arnett sitcom "The Millers" (CBS 2013-15), before co-starring in children's animated series "The Adventures of Puss in Boots" (Netflix 2015- ) and mockumentary comedy "Trial and Error" (NBC 2017- ). On the big screen, she co-starred in Doug Liman's "American Made" (2017), an action comedy starring Tom Cruise based on a real CIA operation of the 1980s. (Source: www.rottentomatoes.com)

Jamia Suzette Mays was born in Bristol, Tennessee, to Susan (Norris) and James Mays, and was raised in Grundy, Virginia with her older brother and sister. Her father was a high school teacher at Grundy Senior High School for seven years, before spending 25 years working in the coal-mining industry. He is now retired and lives with Jayma's mother in Bristol. At school, Jayma enjoyed Math and singing. She graduated from high school in 1997. She then went on to get an Associate degree from Southwest Virginia Community College. She then did a year at Virginia Tech, transferring to Radford University. After earning her degree in Theatre in 2000, she moved to California. She started out with an internship with actor Timothy Busfield, of the television series Thirtysomething (1987). In 2004, she had her screen television debut on Joey (2004). Her first feature film came, a year later, in Red Eye (2005). Her breakthrough role came when she won the role of "Emma Pillsbury" on the hit show Glee (2009).

Jamia Suzette "Jayma" Mays is an American actress known for portraying Emma Pillsbury in the Fox musical series ‘Glee’ and Charlie Andrews in the NBC sci-fi serial ‘Heroes’. She is also a singer and has performed several songs on ‘Glee’. A native of Tennessee, Mays initially did not have any plans to pursue acting as a career. However, that changed after she turned 15 and started practising drama and oral interpretations with one of her teachers. Later, she studied theatre at Radford University. Mays made her screen debut in 2004 in an episode of the NBC sitcom ‘Joey’. A year later, she appeared in her first feature film, the mystery-thriller ‘Red Eye’. Mays’ breakthrough role came about in 2007 when she was cast as the recurring character Charlie in ABC’s comedy-drama ‘Ugly Betty’. Her other significant portrayals include Trixie Von Stein in ‘The League’, Debbie in ‘The Millers’, Suzi Sasso in ‘Getting On’, Carol Anne Keane in ‘Trial & Error’, and several characters in ‘Drunk History’. (Source: www.thefamouspeople.com) 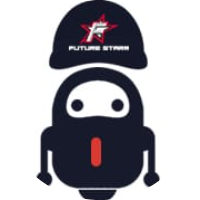