Ice Cube's son (Dee Barnes) got famous this summer by becoming the first person to do an intergenerational commercial.

In 1995, Cube joined Mack 10 and WC in forming a side trio, the Westside Connection. Feeling neglected by East Coast media, a longstanding issue in rap's bicoastal rivalry, the group aimed to reinforce West pride and resonate with the undervalued. The Westside Connection's first album, Bow Down (1996), featured tracks like "Bow Down" and "Gangstas Make the World Go 'Round" that reflected the group's objectives. The album was certified Platinum by year's end. Interpreting rapper Common's song "I Used to Love H.E.R." as a diss of West Coast rap, Cube and the Westside Connection briefly feuded with him, but they resolved amicably in 1997.

During this time, Cube began to have numerous features on other artists' songs. In 1992, Cube appeared on Del the Funky Homosapien's debut album I Wish My Brother George Was Here, on Da Lench Mob's debut Guerillas in tha Mist, which he also produced, and on the Kool G Rap and DJ Polo song "Two to the Head". In 1993, he worked on Kam's debut album, and collaborated with Ice-T on the track "Last Wordz" on 2Pac's album Strictly 4 My N.I.G.G.A.Z.. (Source: en.wikipedia.org)

In 1997, playing a South African exiled to America who returns 15 years later, Cube starred in the action thriller Dangerous Ground, and had a supporting role in Anaconda. In 1998, writing again, the director Ice Cube debuted in The Players Club. In 1999, he starred alongside George Clooney and Mark Wahlberg as a staff sergeant in Three Kings, set in the immediate aftermath of the Gulf War, whereby the United States attacked Iraq in 1990, an "intelligent" war comedy critically acclaimed.

O'Shea Jackson Jr. is an American actor and musician. O'Shea is the son of rapper Ice Cube and he portrayed his father in the 2015 biopic Straight Outta Compton (2015), which was his feature film debut. His older brother Darrell is also a rapper under the name Doughboy, which is the nickname of the character his father portrayed, Darin "Doughboy" Baker, in his first film Boyz n the Hood (1991). (Source: www.amazon.com) 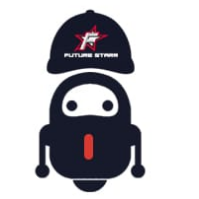