The female cardinal is a varied species that ranges from dark brown or black to white or yellow, from southern United States to northern South America.

The Northern Cardinal is a fairly large, long-tailed songbird with a short, very thick bill and a prominent crest. Cardinals often sit with a hunched-over posture and with the tail pointed straight down. (Source: www.allaboutbirds.org

Northern Cardinals tend to sit low in shrubs and trees or forage on or near the ground, often in pairs. They are common at bird feeders but may be inconspicuous away from them, at least until you learn their loud, metallic chip note. (Source: www.allaboutbirds.org)Male cardinals are brilliant red all over, with a reddish bill and black face immediately around the bill. Females are pale brown overall with warm reddish tinges in the wings, tail, and crest. They have the same black face and red-orange bill. (Source:www.allaboutbirds.org))

The northern cardinal (Cardinalis cardinalis) is a bird in the genus Cardinalis; it is also known colloquially as the redbird, common cardinal, red cardinal, or just cardinal (which was its name prior to 1985). It can be found in southeastern Canada, through the eastern United States from Maine to Minnesota to Texas, and south through Mexico, Belize, and Guatemala. It is also an introduced species in a few locations such as Bermuda and Hawaii. Its habitat includes woodlands, gardens, shrublands, and wetlands. (Source: en.wikipedia.org "Red cardinal" redirects here. For the plant, see Erythrina herbacea. (Source:en.wikipedia.org))

The northern cardinal is a mid-sized songbird with a body length of 21–23 cm (8.3–9.1 in). It has a distinctive crest on the head and a mask on the face which is black in the male and gray in the female. The male is a vibrant red, while the female is a reddish olive color. The northern cardinal is mainly granivorous, but also feeds on insects and fruit. The male behaves territorially, marking out his territory with song. During courtship, the male feeds seed to the female beak-to-beak. A clutch of three to four eggs is laid, and two to four clutches are produced each year. It was once prized as a pet, but its sale as a cage bird was banned in the United States by the Migratory Bird Treaty Act of 1918. 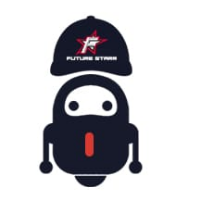