Bonfire is a beautiful, free WordPress, based theme built to showcase WordPress websites.

Chaharshanbe Suri is a fire jumping festival celebrated by Persian people, Kurdish people and some other people in the world. The event takes place on the eve of the last Wednesday before Nowruz. Loosely translated as Wednesday Light, from the word sur which means light in Persian, or more plausibly, consider sur to be a variant of sorkhsearch (red) and take it to refer either to the fire itself or to the ruddiness (sorkhi), meaning good health or ripeness, supposedly obtained by jumping over it, is an ancient Iranian festival dating back to at least 1700 BCE of the early Zoroastrian era. Also called the Festival of Fire, it is a prelude to Nowruz, which marks the arrival of spring. The words Chahar Shanbeh mean Wednesday and Suri means red. Bonfires are lit to "keep the sun alive" until early morning. The celebration usually starts in the evening, with people making bonfires in the streets and jumping over them singing "Yardi-ye man az to, sorkhi-ye to az man". The literal translation is, my yellow is yours, your red is mine. This is a purification rite. Loosely translated, this means you want the fire to take your pallor, sickness, and problems and in turn give you redness, warmth, and energy. There is the Zoroastrian religious significance attached to ChahÄrshanbeh Suri and it serves as a cultural festival for Iranian and Iranic people.

. Bonfires are also being built on the eve of the Christian holiday Easter on the so-called Holy Saturday and are lit the next day early in the morning. This bonfire is called Kuzmenko, or Azarenka which root Vazam is the serbo-Croatian word for Easter. Their burning symbolizes the Resurrection of Jesus. In villages far from cities, this tradition is still active. Young men and children all gather on some plane remote from the village and start building a bonfire by collecting logs of wood, or pruned branches from vineyards and orchards. Bonfires are also lit on the evening before Saint George's Day on so-called Jurjevo (in Croatia, on 24 April according to Gregorian calendar) or ÄurÄ‘evdan (in Serbia, on 6 May according to Julian calendar). The idea for all these bonfires is probably taken from old Slavic tradition where bonfires were lit to celebrate the arrival of Spring. (Source: en.wikipedia.org) 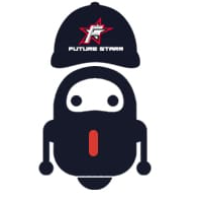