…yeah, I guess they were pretty good. But I don’t think they were more than 6 months old. Looking back, I’d probably go with a much better pizza place. But 6 months ago, this was the top restaurant in town. It had probably just opened up, or been around for a few weeks. And I remember us all eating there for the first time. So it’s a good night. I guess.

Owners, Dale and Debbie Roberts created ODBJ.com as the home for the shops operated in Longmont, Loveland, and Fort Collins. Being part of the Blackjack Pizza regional chain is a foundation for their success, but only the starting point. They are committed to the communities they serve and have a long-standing history of helping out in times of need and with sponsorships for youth sports and other activities. Their shops are not just branches, they have deep roots. Discover more about Blackjack history and the location owners here.

I delivered for them. You answer calls, wash dishes and do a little prep work if it's slow, but usually you are in and out of the store and on the road most of the time. I loved doing it but the pay isn't that great. It makes for a good side hustle, but your car will smell like pizza. (Source: www.indeed.com)

Working here was fine at first, the pay is a little better than minimum and the job is fairly easy, most people there were easy to get along with until the owner hired his new GM. The guy has been with Blackjack for a long time and as soon as he was promoted, he started making tons of changes. No problem for me, because I enjoyed the extra organization at first and everyone being on the same page about the smaller things. Slowly, he started getting used to the idea of riding nearly everyone about nearly everything to the point that it was starting completely unnecessary arguments between kitchen staff as well as other management. The new GM and one manager in particular started getting into arguments (that I had nothing to do with) nearly every day. This guy single handedly changed this work environment from relaxed to hostile. One night, he was arguing with the other manager again when he made the statement (to her) that he was "going to send both of us home if she keeps making him angry" not having been involved with with their argument, I laughed audibly at his statement because I had been working hard and quietly pulling my weight all night. This prompted him to start screaming at me. Yes, screaming. He screamed at me to "GET OUT" over and over at a volume that I was not able to speak over. When I turned around to oblige him and leave, he harassed me by following me out of the store at my heels (while screaming for me to get out) and into the parking lot. When I turned around to acknowledge him because he clearly wasn't going to stop following me, he got about 2 inches from my face and continued yelling at me (on public property). After this occurred, I called the owner and told him what happened. After speaking with his poor choice of a GM, he decided to believe and side with his clearly unstable manger instead of listening to an employee who had just be viciously harassed by his own GM. 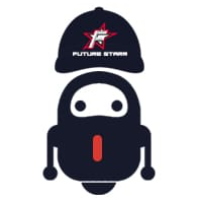