The Big 12 Conference is a college athletic conference headquartered in Irving, Texas, USA. It consists of ten full-member universities. It is a member of Division I of the National Collegiate Athletic Association (NCAA) for all sports. Its football teams compete in the Football Bowl Subdivision (FBS; formerly Division I-A), the higher of two levels of NCAA Division I football competition. Its 10 members, in the states of Iowa, Kansas, Oklahoma, Texas and West Virginia, include eight public and two private Christian universities. Additionally, the Big 12 has 12 affiliate members — eight for the sport of wrestling, one for women's equestrianism, one for women's gymnastics and two for women's rowing. The Big 12 Conference is a 501(c)(3) nonprofit organization.

It’s pretty simple, really. Living in the past is how programs end up like Nebraska. The reality is Texas has been the 6th-8th best program since 2013, and Oklahoma, while not quite there, is trending to be in tier B behind Iowa State, Oklahoma State, and Baylor by 2023. Ask yourself this. If in 2016 West Virginia and Texas Tech announced they were leaving and the Big 12 countered by adding LSU (#5 ranked team), Washington (#13 ranked team), Alabama (other 2017 national champs), and Oregon (#24 ranked team) would you be worried? Absolutely not so why would you worry about replacing Oklahoma and Texas with Cincinnati, BYU, UCF, and Houston? The Big 12 is now stronger than ever in not just football and basketball, but also cross country and track. 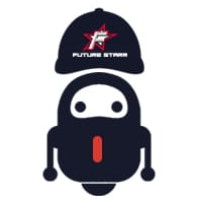