Anthony Lynn is a passionate football fan and holds a Master’s Degree in Sports Management. Having played football and lacrosse at the University of Virginia and the US Military Academy at West Point, he soon became a professor of Sports Management and Development. As professor and head football coach, Anthony helped form and lead the historic renaissance in the Virginia Military Institute football program.

A prolific scorer when fully fit, Lynn had his run-marking severely curtailed in 2014-15 and 2015-16, suffering serious shoulder injuries in both years. In 2014 he had surgery on his left shoulder to fix a rotator cuff problem and missed the entire Matador Cup and the first half of the Sheffield Shield season. In 2015 a near identical scenario befell him when he injured his left shoulder during a fielding drill and missed the Matador Cup - in which he was to captain Queensland - and the first half of the Shield summer. The timing was unfortunate for Lynn, who in 2014 had made his T20 debut for Australia and missed opportunities to strengthen his international credentials. Still, when he was fit he was he scored heavily, including a 250 against eventual champions Victoria during the 2014-15 Sheffield Shield, and as the BBL's leading run scorer in 2015-16 with 378 at 54.00 and a strike-rate of 173. (Source: www.espncricinfo.com)

A powerful striker, Lynn's T20 form has earned him deals in the IPL, SLPL and CPL. However, he was also an early developer in the long form, scoring a calm century in his second Sheffield Shield game at the age of 19. 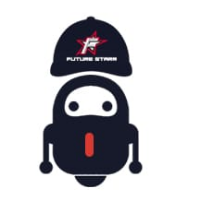