One of the biggest problems that facing America today is the deep ambivalence by nearly all Americans about the place of the United States in the world. On top of that, we have a President who is all too eager to feed this confusion.

He is a popular speaker at colleges and conferences and a frequent guest on nationally syndicated talk radio programs such as The Dennis Miller Show and The Michael Medved Show. Earlier this year, the New York Times identified him as one of the most prominent conservatives in "Obama's Chicago." Not bad for a guy who only moonlights as a pundit. Baehr has spent thirty-five years as a management consultant in the health care field and is president of Richard Baehr and Associates in Chicago, advising hospitals on planning and finances.

Raised in a Jewish household in the shadow of Yankee Stadium in New York City, Baehr "was brought up to appreciate that for the first time in 2,000 years, Jews had a state of our own." The Six-Day War in 1967, which occurred while he was a student at Kenyon, and the Yom Kippur War in 1973 heightened his concern for Israeli national security. "Israel is a fragile nation whose long-term survival is not guaranteed," Baehr said. (Source: bulletin-archive.kenyon.edu)

Lewis cites the book as his only piece of solid research while decrying the US census, with its questions about individual self-identity by group, as an evil left-wing effort to slice, dice, and divide the American people. He compares the motives to those of Nazis and old-time U.S. Jim Crow laws. That’s an odd way to characterize questions that respond to, and don’t cause, historic divisions in society along “racial” lines. Condolences to Nick Wade may be in order over such use of the book’s message. (Source:

For example, he accepts the possibility of man-made climate change, favors expanding access for the uninsured with lower-cost catastrophic health care coverage, and supports the responsible use of nuclear and fossil fuels while the nation makes a transition to alternative energy sources. (Source: bulletin-archive.kenyon.edu)

His entry into the higher-profile world of political analysis began modestly with a listserv focused on the Middle East in the early '90s. As his e-mail group grew to hundreds of readers, Kenyon classmate Tom Lifson suggested he needed a broader audience. In 2004, they launched the American Thinker, eventually corralling contributions from two hundred writers. "I think we have one of the most thoughtful online forums out there," Baehr said.

He credits his Kenyon years as a political science major in the '60s for shaping his worldview and arousing his intellectual curiosity. "The way I reason through complex issues comes from the Socratic approach at Kenyon, particularly as practiced by professor Harry Clor, who would not let me get by with just a surface answer. I was poked and prodded to give fully developed responses. I became a better thinker and BS detector," he said. American Thinker is a daily online magazine dealing with American politics from a politically conservative viewpoint. It was founded in 2003 by attorney Ed Lasky, health-care consultant Richard Baehr, and sociologist Thomas Lifson, and initially became prominent in the lead-up to the 2008 U.S. Presidential election for its attacks on then-candidate Barack Obama. The magazine has been described as a conservative blog. The Southern Poverty Law Center has called the site "a not so thoughtful far-right online publication."Royce, Josiah. "An American Thinker on the War" In Race Questions, Provincialism, and Other American Problems: Expanded Edition edited by Scott L. Pratt and Shannon Sullivan, 264-270. New York, USA: Fordham University Press, 2009. https://doi.org/10.1515/9780823238118-010 (Source: www.degruyter.com) 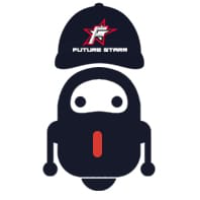