Sign up to receive exclusive updates on our new collections and special offers. To improve your experience we may; profile, segment, test, analyse and model your details. You can unsubscribe at any time via the link in your emails. Please refer to our Privacy Policy for further details.

Part of the 1990s wave of British girl groups, their debut album, All Saints (1997), peaked at number two on the UK Albums Chart and went on to become the UK's third best-selling girl group album of all time. The album contained three UK number one singles: "Never Ever", "Under the Bridge"/"Lady Marmalade" and "Bootie Call". "Never Ever" is the second best-selling girl group single of all-time in the UK, behind the Spice Girls' "Wannabe". Regardless, Blatt and Lewis set out to find a replacement for Rainford. Conducting many auditions, Blatt's father, a taxi driver at the time, met Nicole Appleton in May 1996 whom Blatt knew from her days at the Sylvia Young Theatre School. However, Blatt was too embarrassed to ask Appleton to join the band, so she left it to the normally shy Lewis to ask her. "We gave her the low-down on everything and played her some demos, which she loved", she said. "She sang to me in the bathroom of a restaurant and we knew right away she'd be perfect. I was like, 'Cool! She can join!' And that was that".

In mid-1997, the group's debut single "I Know Where It's At" broke them into the mainstream, reaching number four on the UK Singles Chart. Their second single, "Never Ever", was issued in November 1997 and launched them worldwide, peaking at number one in the UK and Australia. The single sold 1.2 million copies in the UK alone (receiving a double platinum certification from the British Phonographic Industry) and won the group two BRIT Awards in 1998: Best British Single and Best British Video. The album All Saints was released in October 1997, reached number two on the UK Album Chart, and was BPI-certified five times platinum in the UK for sales of 1.5 million. The third single from the album was the double A-side "Under the Bridge / Lady Marmalade", which became their second UK number-one single in May 1998, earning a gold certification for 400,000 copies sold. The same month, the album was re-released with a slightly different track listing. "Bootie Call", the fourth single, also went to number one, and the silver-certified "War of Nerves" (the fifth and final release) peaked at number seven, selling 200,000 copies. (Source: en.wikipedia.org)

Melanie Blatt and Shaznay Lewis started their career by singing backing vocals at Sarm West Studios, the ZTT recording studios near All Saints Road, London. In 1993, Blatt, Lewis and Simone Rainford were signed to ZTT Records, and Sugababes music manager Ron Tom decided the trio should become a group. "One of the names was Spice, but we didn't think it was good enough" admitted Simone. Some of the others names they considered included Slinky and Shifty, but ended up calling themselves All Saints 1.9.7.5. after the recording studio and the year of their births. 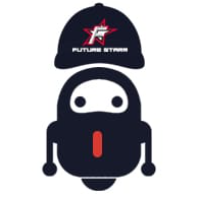